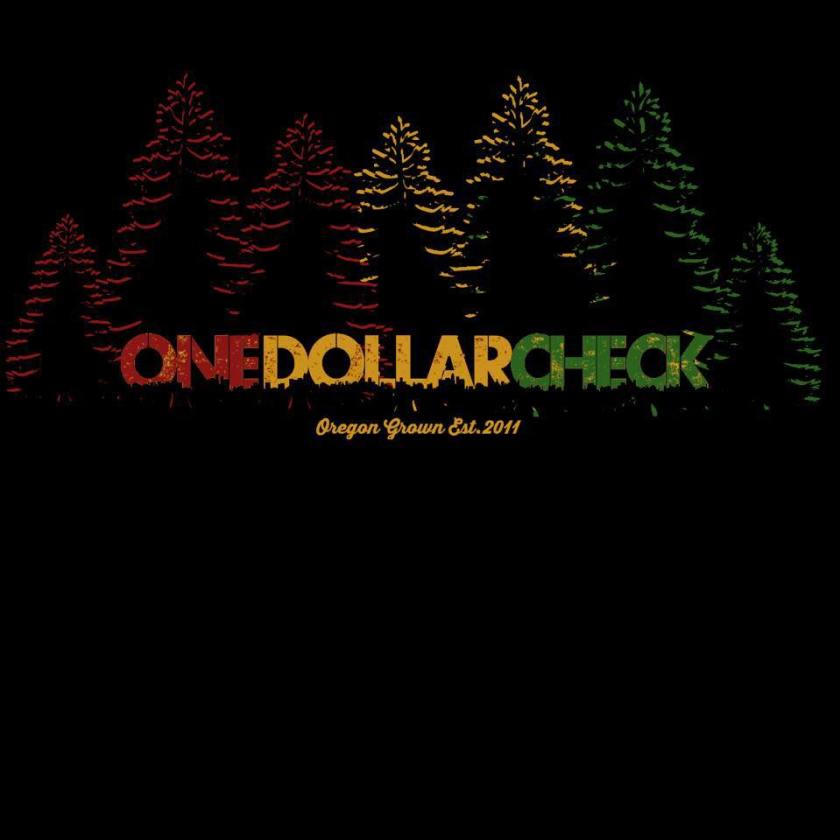 My small town isn’t all that eventful, so when a friend of mine and I found out that there was some sort of music event happening we made our way over to the park to check it out. The entire lineup for the day consisted of local musicians- people I’ve heard about from all my friends, people I went to school with.

We made our way backstage to say hi to the people that we knew, and I quickly learned that being around talented people is a little unnerving (whether you know some of them or not) so, being the hermit that I am, I sat down on the floor and did some people watching in between reading pages of a book. Everyone was sitting in a circle in various kinds of chairs making small talk, telling jokes and laughing, eating the candy bars on the food table, smoking cigarettes. But among all of the activity, the one thing that really stuck out to me was that every member of One Dollar Check were sitting down, listening to what people were saying to them, or sitting completely by themselves in seemingly deep thought. They’re just a bunch of quiet guys.

Everybody that I had talked to that day said that they came for One Dollar Check. I already knew that music is incredibly important to everyone in the band, but it never really clicked with me just how important it was to them until this show. Elijah, bassist, was effortlessly strumming away with a smile on his face, lightly bouncing around the stage; front man Gared was grooving up and down the stage, occasionally gettin’ down with a band mate, and filling up the area with his beautiful, soft voice behind his sunglasses; Aaron and Carlton were playing their guitars with the simplicity and confidence akin to Bradley Nowell’s style, and Carlton would occasionally take over lead vocals with the same strength as Gared, only a little quieter; Charles kept everyone in check with his 100% solid drumming skills- no overwhelming drum fills or cockiness, which is a quality not every drummer is graced with. Tommy worked the stage the most. There wasn’t a single square inch of that stage that he didn’t walk on, he’d weave in and out of the changing lights, stood in the clouds made by the smoke machine, and even walked around the audience.

The whole time they were playing, you could feel the brotherhood between these guys. You could feel the respect and the love that they all have for each other, making their set one of the most comfortable, heart warming live music experiences you could possibly ever have. That’s what makes One Dollar Check so special. It’s a band consisting only of people who are the nicest guys in the world who all share a strong passion for music.

One Dollar Check released their 8-track debut album, entitled “Feels So Right”, a year ago on August 8th, 2015. The band is currently recording an album which should be released next year. Until then, keep up with One Dollar Check on… Soundcloud, Bandcamp, Facebook, and Instagram.