The Pretty Reckless Live in Seattle

The first time I saw The Pretty Reckless in concert was when I was 16 at Warped Tour. The crowd was a small handful of eager people, most of which were whispering about her role as “Little J” on Gossip Girl. Fast forward a few years, I’m 22 now, and TPR have three full length albums under their belt and a solid following. So solid, in fact, that when I arrived at their show in Seattle, people were still lining up to go inside.

After wandering inside, I found myself standing to the right of the stage, as flying solo to a concert can sometimes be scary or isolating. The two opening acts had allowed all of the middle aged, leather vest clad Sons of Anarchy fans in the crowd the time to get a nice buzz going, and I was lucky enough to be standing next to the loudest and most drunk testosterone filled skin bags in the room. The pair’s derogatory attitudes towards the younger women in the crowd were just a portion of the inconvenience these two under-educated and over-aneibriated fellas were causing.

As if to redirect the crowd’s growing chaos, Taylor Momsen’s voice echoed throughout the room. A shockwave went throughout the crowd and jaws dropped while fast, heart racing music slapped us in the face. 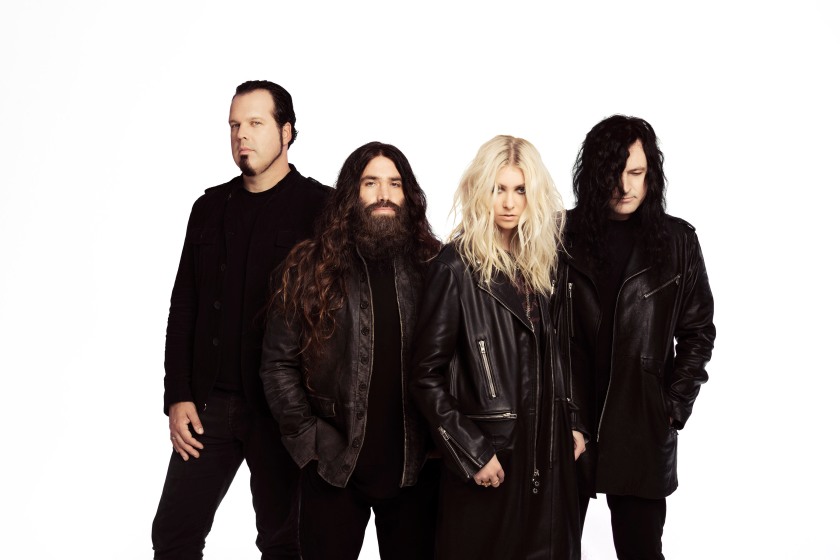 The band played new songs and old, and when Momsen started into “Light Me Up” from their debut album, I found myself flooded with memories of being an angsty and “impossibly misunderstood” teenager. Looking around the large industrial space where the concert was being held, it was hard for me to imagine that these songs I had listened to when I was in high school, getting ready for my first date, my first party, had the same significance to the middle aged men in the crowd.

It’s abundantly clear to me now, that The Pretty Reckless have reached a large and diverse audience despite their culturally rarified ethos of “going to hell.” This spirit shows up in Momsen’s lyrics and videos, a rebel yell of sorts to galvanize women that don’t buy into the traditional and often misogynistic idea of women’s place in punk rock music.

The show ended almost as abruptly as it had begun, a captivating performance that felt like it had gone by in the blink of an eye. The show was a success and the band was brought out for an encore, their song “Fucked Up World,” broken up by a 4-5 minute long drum solo, a unique and incredibly satisfying way to end the lively show.